Thirty years ago, The Empire Strikes Back opened in theatres. I saw the original Star Wars but I was a bit young then. But, for Empire I was a bit older and it was just an incredible movie for me. Like most kids my age, I had my share of action figures from the movies and space ships. I also watched all of the special “making of” TV shows which gave you some idea of the amount of work which went into each film. So, I took our Super 8 camera and some of my toys and made my own version of the movie or at least part of it.

In honour of a movie which was very important to me when I grew up and its 30th anniversary, I thought I would put my movie online today. There is no sound because our camera didn’t record sound. Also, it has gone through a number of conversions which explains its sorry state and is not a reflection of the film maker himself. It was converted from film to a VCR tape years ago by my parents along with a number of other home movies. A while ago, I used our DVD recorder to burn the VCR tape to a DVD. More recently, I ripped that DVD to a MP4 file on our computer. So, it has been converted a number of times and maybe needs the wizards at ILM to return it to its former glory (or whatever it was originally).

Happy Birthday to The Empire Strikes Back. 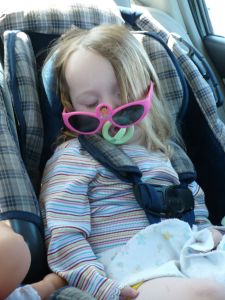 With only about one month left before we move back, we are trying to see more of the area than we have until now. We haven’t even made it to see Alcatraz yet (soon you should see a story describing our trip because we will do it before we go). The day after Maker Faire, we planned a trip north to Bodega Bay. Actually, there were a couple of reasons we were making the trip.

First, I had a line on a new Mac Mini from craigslist. We had just sold our old Mac Mini on craigslist and picking up this one would give us an upgrade to the latest for just a couple hundred dollars. The plan is to use it as our PVR when we return. Then, we can push our recorded TV shows throughout the house through our network and even watch TV from our iPhones. At least that is the plan.

Along the way, we would stop in Petaluma. We would reach Petaluma around lunch so the plan was for Cynthia and the kids to have lunch while I visited the TWiT Cottage where they record several of the “Podcasts” I listen to. I only had a few minutes to spare and was told that the had a full compliment of guests for the day. So, I only expected a short tour at best. But, when I arrived, I was escorted into the recording studio and sat and listened while Leo Laporte did his “Tech Guy” broadcast. Unfortunately, I had to sneak out during a commercial break. I wish I had some more time to watch, especially if I could sit in for a recording of a “This Week In Tech” episode. But, it was definitely worth the trip and I re-joined the family, grabbed a quick sandwich and we continued on our way.

Next, we eventually found where we needed to be to buy the Mac Mini. With that transaction done, the plan was to spend a couple of hours at the beach along Bodega Bay so the kids could play and maybe get some dinner there before heading for home. As I expected, the water was freezing cold so after a couple of short trips up to our ankles, the kids were put off the idea of swimming entirely. But, the 20 mph winds which gusted to 30 mph made the beach a bit unbearable. They tried to play in the sand but after getting a couple face-fulls of blowing sand, they were ready to get back in the car and head for home. So, our trip to the beach was a bit of a bust but we have other plans to get the kids to the beach before we return. 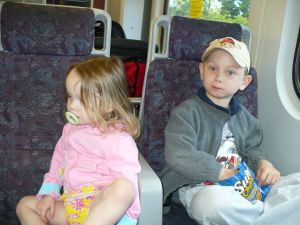 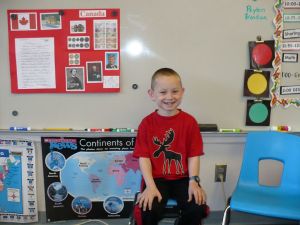 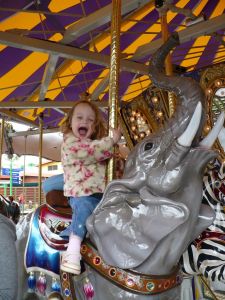 Cynthia took the kids to Happy Hollow Park and Zoo recently. They went with some friends and had a great time. We may try to visit again before we move back but time is getting short already. As the final picture shows, Samantha was pretty tired at the end of the day.

As of Monday, we closed the transaction on our new house in Kanata and we officially own a home again. We are arranging lots of details and don’t yet have our new phone number. Once we know what the new number is, expect to get an email from us with our new contact information.

But, we won’t actually be back in Ontario until late June and likely not moved into the house until early July. We still have a bunch to do before the move. I am arranging all of the documentation to import our cars. We are arranging mail forwarding, canceling services here and setting up new services in Canada. We still have several weeks but we will be busy getting everything prepared for the big move back.

Hope to catch up with everyone later this summer and we will be happy to host you if you want to visit us in our new house.