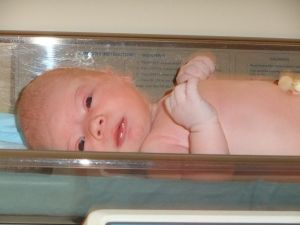 My brother Steve and his wife Katherine have a new arrival in their home. Their son, James Eric Rand was born earlier this month. You can see some pictures of him here. My mom was in St. Thomas to help out for a few days also. We happened to be in Ottawa at the time but busy with other things and couldn’t get a chance to see him (see the other story for what we were up to). We will definitely be visiting this summer when we get back to Ontario.

Welcome to another member of the Rand family.