This year, we attended the Alcatel-Lucent Christmas party as we normally do.  Matthew and Samantha sat on Santa’s lap and passed along their wishes for Christmas Day.  Samantha got her face painted to look like a cat and really enjoyed the magic show.  Matthew is getting a bit old for this event but he was fairly patient. 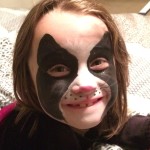 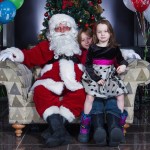 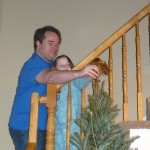 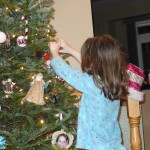 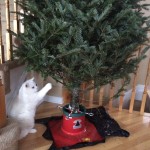 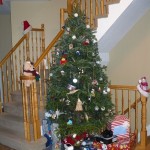 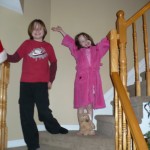 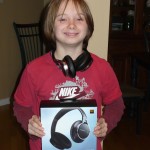 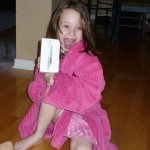 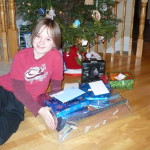 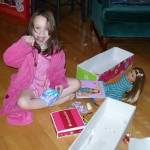 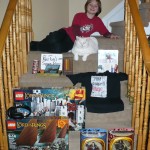 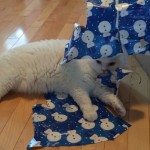 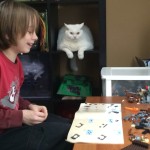 A few days later, we got our tree.  Joey didn’t know what to make of it and spent a fair bit of time under it, batting at the lower branches and ornaments within reach.

On Christmas Day, Matthew and Samantha found that Santa had come.  He left some wireless headphones for Matthew.  I guess Santa was as worried as I was that Matthew would eventually walk away from an iPad which he was tethered to with his old wired headphones.  Samantha got an iPhone 5 which she will be using as an iPod Touch (i.e. no cell service).  Again, Santa seems to think the same way as I do that a used iPhone 5 is a better deal than a new iPod Touch today.

Samantha also got an American Girl doll and some accessories which she was very excited about.  Matthew got a fair bit of Lego for Christmas also.  You can see a picture of Matthew working on assembling one of his new Lego sets while Joey sits on his shelf wondering what is going on.

After Christmas, we are headed to London and Toronto to visit my brother and his family and Cynthia’s dad.  We will be back home in time to ring in the New Year and before you know it, we will need to be back to work/school. 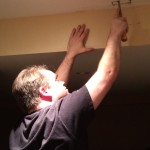 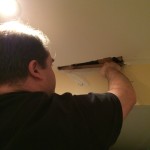 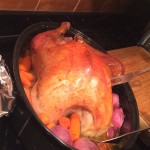 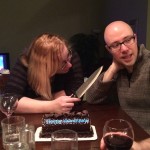 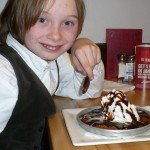 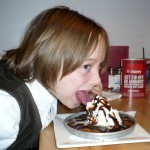 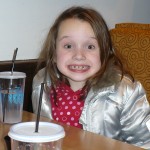 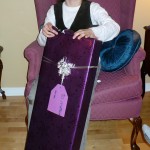 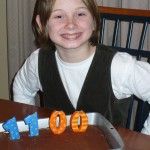